More than one million tourists visit Costa Rica each year. What draws so many people to this lightly advertised destination? Natural beauty and diversity are the answers. Costa Rica covers only 0.03% of the surface of the planet but it has about 6% of the world’s biodiversity. check out this Costa Rica travel guide from Aerobell.com

Costa Rica is Central America’s jewel. It’s an oasis of calm among its turbulent neighbors and an ecotourism heaven, making it one of the best places to experience the tropics with minimal impact.

Costa Rica boasts 20 national parks, 8 biological reserves, and a wealth of other protected areas to enchant those who marvel at the wonders of nature. It draws ecotourists from around the globe. Activities include horse-back riding, hiking mountainous paths in the cloud forests, guided bird-watching tours, volcanoes, scuba diving, snorkeling, sailing, canopy tours, golf and much more. 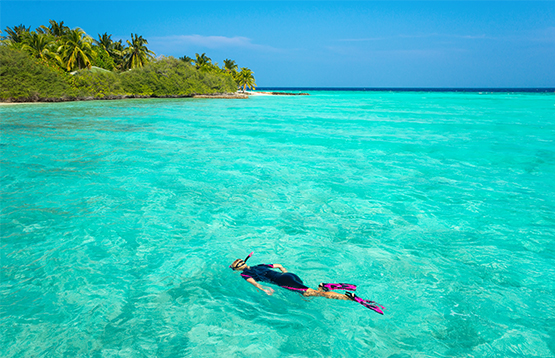 Ticos, as the people of Costa Rica are known, are famous for being hospitable, and are quite happy to live up to their reputation. They seem to be well aware that their country is a special place, and they go out of their way to accommodate their visitors, explaining things that might seem foreign to a foreigner, and helping make their stay as enjoyable as possible.

Northwest Costa Rica, the Guanacaste province is for the active soul, drawing visitors with its beaches, rivers, waterfalls and natural attractions. Forming the eastern border is a group of volcanoes that form the Cordillera de Guanacaste and Cordillera de Tilarán.

From the mountains flow various rivers that roll down and form an alluvial plain drained by the Rio Tempisque, which empties into the Gulf de Nicoya. The name Guanacaste is derived from quahnacaztlan, a native word for the guanacaste tree, which is Costa Rica’s national tree.

With a new airport at Liberia, tourism to Guanacaste has boomed.

Costa Rica is a tropical country with two seasons – dry and wet. The Guanacaste Province is the driest region of the country with less than 55 inches of rain in the coastal areas.

Costa Rica occupies a territory of around 20,000 square miles in the southern part of Central America, and includes several small islands mostly on the Pacific side. It is much like the state of Florida with two long coastlines. The country is only about 200 miles long and 70 miles wide at the narrowest part.

Costa Rica is often compared to Switzerland and Hawaii because of its mountains and forests. Unlike many areas of Mexico, Central and South America, Costa Rica remains beautiful year-round. This is partly because it borders the Pacific Ocean on the west, the Atlantic Ocean on the east, and has a string of towering volcanoes on the Central Plateau. Combine all this and you have a unique tropical paradise with 11 climatic zones.

The high season in Costa Rica, December through April, is the dry season. The green season, which lasts from May to November, usually sees sunny mornings, with rain showers in late afternoon and evening. Overall, the climate is tropical, with an average temperature of 72°F (22°C). It can be much hotter along the coastal areas of the country, and much cooler in the mountains.